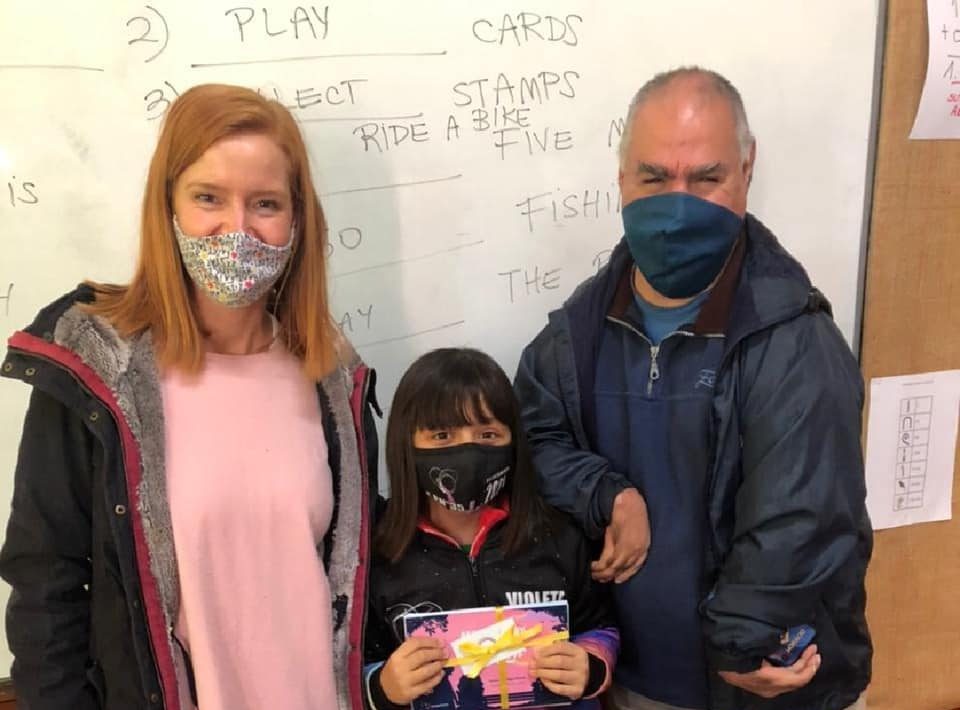 We had the pleasure of sharing with Violeta Incaminato Navarrete; one of the participants of the contest and deliver the printed edition of the stories from the two editions of the international children’s literary contest: My World, My Way (Mi Mundo a Mi Manera)

Violeta and her partners from the school Piloto Basilio Villarino Nº 35 located in Pedro Luro shared ideas with the President and Secretary of Comparlante, Lorena Julio and Horacio Ríos about art, disability in schools, and the creation of a more equitable society.

Take a look at her work, called:

“Maria and her skates”

There was once a girl with cerebral palsy, who was thinking about what to be when she grew up and everything she liked had to be done with her feet, for example, dancing, playing races and the one she liked the most was skating. That girl was called Maria. She hated her feet because she said she couldn’t do anything with them. One day her mother gave her a walker and she could already use her feet to walk, but she wanted to skate. The next day Maria was determined she wanted to skate and she would do it, she said:

I’m going to try to skate! Even if it costs my life!

Maria went with her walker to her mother and said:

Mom, mom, do you have skates?

Because I want to skate, even if it costs me my life.

His mother brought him the skates running. Maria was very happy to put on her skates, obviously, it was difficult for her to put them on, but when she did, she went with her walker to the yard. Her mother went with her, as she was afraid that she would fall. The girl tried to skate, but couldn’t.

Her mother made a cake to celebrate, this day was the best for Maria. Weeks later, she joined a skating club and soon after became the best skater in the club. He won several Nobel prizes and had a happy life.

If you want to read or listen to the winning stories in audio, visit our page www.comparlante.com/mi-mundo-a-mi-manera